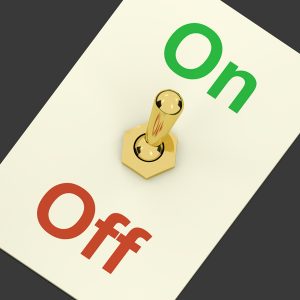 On December 2, 2015, Head of The Fed, Ms. Janet Yellen, signaled that policymakers were poised to raise interest rates in December. The market began to move lower and the Price of the VectorVest Composite released a Confirmed Down, C/Dn, signal on December 9, 2015. One week later, Ms. Yellen announced the first interest rate increase in eight years and said we should expect four more rate increases in 2016. The market tumbled sharply for the next eight weeks.

Following the stock market’s worst January since 2009, Ms. Yellen told Congress that financial conditions “have recently become less supportive of growth” and a March rate increase was far from a certainty. This was good news for investors. The Price of the VVC bottomed on February 11th and began to move sharply higher.

On March 16th, Ms. Yellen said that “global economic and financial developments continue to pose risks” and announced that rates would remain unchanged for at least another month. Although the market’s rally from the February low had stalled, it was reinvigorated by Ms. Yellen’s remarks.

On March 29th, Ms. Yellen told the Economic Club of New York that the economy “had proven remarkably resilient,” and that the Fed expected better days ahead. However, she considered it appropriate for the Fed’s FOMC to proceed cautiously in adjusting the interest rate policy. Her cautious tone led Fed watchers to believe that no rate increase was likely at the Fed’s April meeting.

Indeed, the Fed did not raise interest rates at its April policy meeting, stating that, “Economic activity appears to have slowed.” Although the Price of the VVC closed higher on April 27th and was the highest close since December 4, 2015, the rally from the February 11th low was exhausted. This condition was manifested by the Buy/Sell Ratio, BSR, which closed lower as the Price of the VVC closed higher. In other words, the Canary died on April 27th.

Even so, investors were stunned this Wednesday when the minutes of the April 27th policy meeting revealed that a majority of members of the FOMC were ready to raise interest rates in June if the economy shows more life. Yes, several members of the Fed were saying that an interest rate hike was possible in June, but who believed them?

I didn’t and I wondered if they’re out of touch with reality. The Fed apparently believes it has fulfilled its mandate of maintaining monetary stability and full employment. Maybe they have, but I don’t think so. In any event, it seems that every month they have a different view of what’s going on. I wish they would just be more specific. I’m tired of A Flip Flopping Fed.