Ms Yellin Is Not Raising Rates in September 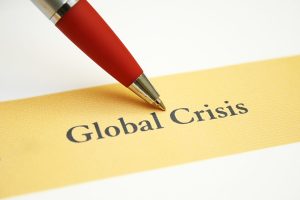 Once upon a time the only spokesperson for the Federal Reserve System was the Chairperson. Responding to a call for more transparency, former Chairman, Dr. Ben Bernanke, allowed the Fed’s communication policy to change. Now-a-days, Fed Governors and Presidents of Federal Reserve Banks can say whatever they want regarding matters related to the Fed. Unfortunately, the opinions expressed by these officials have caused more confusion than clarity on what the Fed is likely to do. See my essays of May 20, 2016 and June 17, 2016.

In an August 28th editorial, entitled “The Federal Reserve’s Politicians,“ The Wall Street Journal (WSJ) said, “The Fed’s decision making is so ad hoc and arbitrary now that no one has any idea of what the Fed will do in December—including Ms. Yellen.”

As I see it, even the WSJ editors are confused. Ms. Yellen knows exactly what she’s going to do. She’s stirring the pot for a potential interest rate hike in December and will not raise interest rates in September. Ms. Yellen remembers what happened after she raised rates last December. In case you forgot, the dollar got stronger and stock markets plummeted.

Even under the best of circumstances, she wouldn’t risk upsetting financial markets around the world prior to the November’s Presidential election. Ms. Yellen Is Not Raising Rates In September.