What Caused the Fed’s Reversal 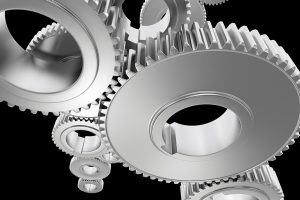 If interest rates weren’t so important, I wouldn’t be writing about the Fed so often. But the Fed’s decisions affect all of us, each and every day. So here goes.

The Fed held another Federal Open Market Committee, FOMC, meeting Tuesday and Wednesday, and their job was to decide what they wanted to do with interest rates, i.e., raise, lower or maintain the current level.

The Fed has been eager to raise interest rates ever since rates went to essentially zero during the 2008 financial crisis. On December 16, 2015, current Head of the Fed, Ms. Janet Yellen, announced the first interest rate increase in eight years and said we should expect four more increases in 2016. It was a disastrous move.

Although she became more thoughtful regarding the consequences of the Fed’s actions, she continued to look for opportunities to raise interest rates.  These actions were chronicled in my essays of May 20, 2016 and June 3, 2016. The bottom line of my June 3rd essay was that the Jobs report was so bad that the Fed’s intentions of raising interest rates at this month’s FOMC meeting were crushed.

Indeed, not only did the committee decide to maintain the current federal funds rate at 0.25 to 0.50 percent, but it LOWERED its projections for future interest rate increases. Six Fed officials felt there would be only one rate increase this year. When asked if a rate hike is still on the table for July, Ms. Yellen said it’s “not impossible” and stressed that a rate hike is on the table at every FOMC meeting.

When asked why the Fed keeps lowering its interest rate projections, Ms. Janet Yellen suggested that a big factor is the “so-called neutral rate,” which she said is “quite depressed by historical standards” and may not rise very quickly in the coming years.

Whoa, just a short time ago the Fed was on a mission to raise interest rates as fast and as high as possible. Now we hear about some sort of “neutral rate,” which is depressed and may not rise very fast. What’s that all about?

By definition, the neutral (or natural) rate of interest is the rate at which real GDP is growing at its trend rate and inflation is stable. The neutral rate provides an important benchmark for policymakers to compare with the market rate. When interest rates are neutral the economy is on a sustainable path and booms and busts are caused by deviations from the neutral rate.

A very interesting article appeared on page A2 of Monday’s Wall Street Journal, entitled “Fed Struggles With Long-Term Policy.” It contained an interesting graph comparing the Neutral Rate of interest with the Effective Federal Funds Rate over the last 50 years. The article says, “Most economists figured the neutral rate was 2% just before the financial crisis. Today, seven years after the recession, most estimates are around or just below zero.”

Supposedly, the Fed was using this tool to help guide them on interest rate policy. So why were they so hawkish about raising interest rates prior to the recent FOMC meeting? Why have they now become so dovish? You might say that the catastrophic consequences of the December rate increase taught them a lesson. But that belies the facts. You might say it was the terrible Jobs report released on June 3rd. Maybe, but I doubt it.

Everybody knows that the Head of the Fed should not raise interest rates during a Presidential election year when he or she was appointed by the incumbent administration. Ms. Yellen says politics do not play a role in her decision making process. What Caused The Fed’s Reversal?