When Oprah Loses, She Wins.

I went on to describe the trading action of the stock and the implications of Oprah’s stake in the company. I concluded the essay by stating that, “Oprah knows that she has become the Weight Watchers role model. If she stays slim and trim, she’ll bring hordes of new customers into the program. She and the company will make a lot of money. I’m betting that she’s got the Skinny on Weight Watchers.”

Just like losing weight, the results of her involvement on the company’s performance took a little while to become evident. Let’s take a look at a 10-yr, End-Of-Day VectorVest Simple Graph showing Price, EPS and Volume. Note that Price hit an intraday high of $86.97 on May 26, 2011, which was well before EPS hit a high of $5.29 on May 1, 2012. This divergence is a sure sign that trouble was brewing in River City. 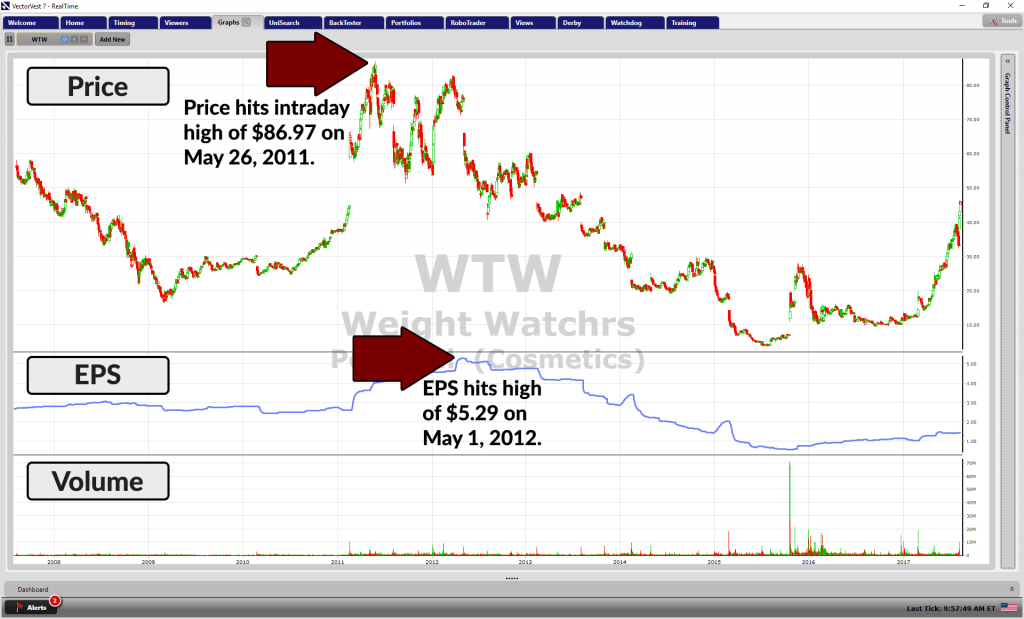 Both Price and EPS continued to fall for the next three years. Price hit an intraday low of $3.67 on July 7, 2015 while EPS hit a low of $0.55 per share on October 13, 2015. It appears quite possible that Oprah was accumulating her shares during this period.

Switch to a 2-yr graph setting. Note the gaps in Price and the enormous Volume spikes after Oprah’s position was announced in October 2015. EPS popped to $0.73 per share on November 17, 2015 and Price peaked at $28.05 per share on November 19, 2015. Although EPS gradually moved higher, Price generally traded lower into September 2016. About that time, it was announced that CEO Jim Chambers had resigned and Ms. Winfrey would help select a successor. The stock has been going higher ever since. And Weight Watchers announced that a highly regarded executive, Ms. Mindy Grossman, was hired as the new CEO and President. 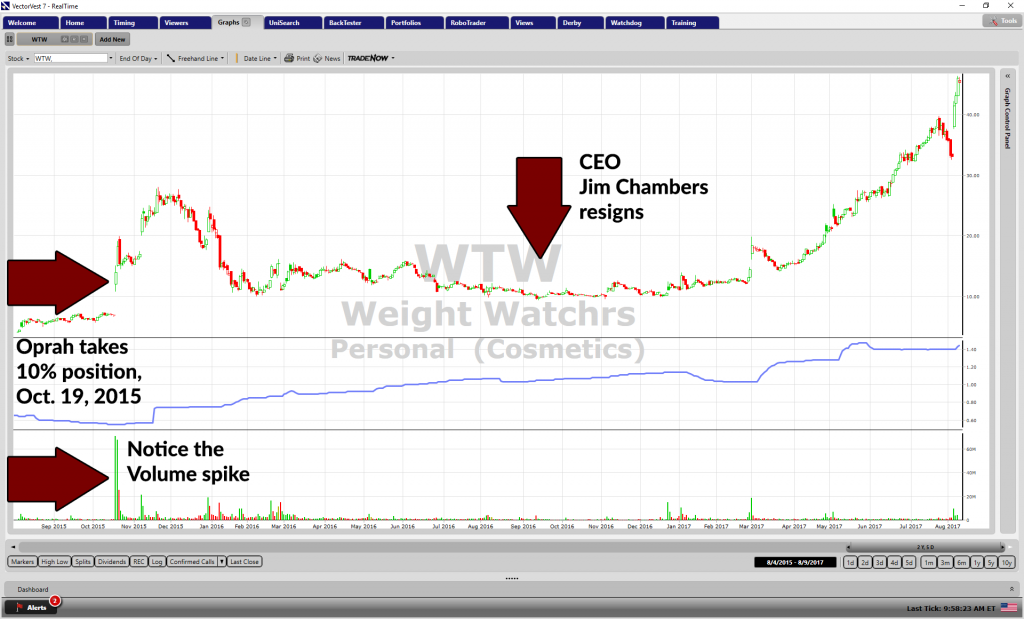